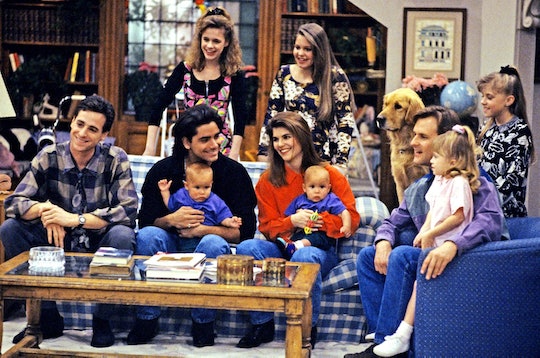 As a child of the '90s, I was graced with growing up in the glorious age of Gak and Legends of the Hidden Temple. A time where Wild and Crazy Kids was the only game show I ever wanted to be on, and there wasn't even money involved. Ah, simpler times. The '90s were a special era that you only truly understand the importance of if you grew up during them. And because they were such a singular era, there were certain parenting lessons that only '90s kids learned. Whether you learned how to deal with having a big family from Full House, or that you might have a twin sister floating around in the world a la Sister, Sister (OKm maybe that was more of a hope than a lesson you learned), or to stay far, far, away from chemical plants thanks to The Secret World of Alex Mack, the '90s were packed full of lessons for you to learn about parenting.

Not all lessons came from the television, either. The questionable toys of the '90s we were allowed to play with were a parenting lesson in themselves. Not to mention all of the crazy snacks and fads that you found yourself sifting through. (I'm not going to lie, I could really go for some Dunkaroos right about now.) So take a moment to praise the era that brought you the best childhood of all time, and take a look at all the incredible parenting lessons you probably didn't even realize you were learning by being a kid in the '90s.