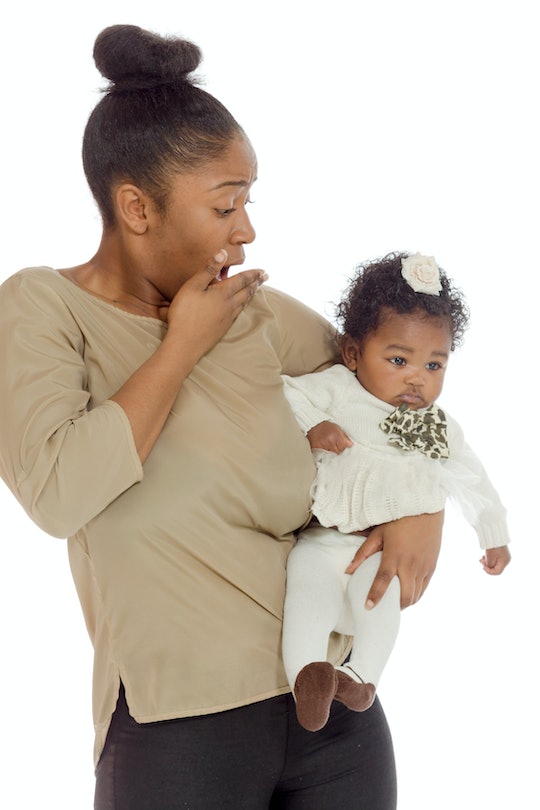 11 Parenting Mistakes That Really Aren't As Bad As You'd Think

If I’ve learned anything from being a parent, it’s humility. Just when I might start getting cocky that things are going well and I can totally handle it all and I'm above reproach, I’ll experience an epic parenting fail. They're common and unavoidable and that's just the way the world of parenting works. Messing up is part of the deal, but parenting mistakes also aren't as bad as you think. So, honestly, we should cut ourselves some slack and let go of the idea that we should never make a single mistake when it comes to raising our children.

What I've learned as a totally fallible human being and mother, is the key to surviving any parenting mishap is handling the aftermath. It's just too damn exhausting to spend time beating myself up after every little screw-up I will (inevitably) make. Most of my missteps my kids don’t even remember, like when I’d repeatedly put their diapers on backwards when changing them in the middle of the night.

The surest way to parenting burn-out, I've found, was to constantly try to be perfect. A saner approach is to look at the big picture and be kind to yourself when you fail. How bad was it when I accidentally caught some of my infant’s tender skin in the nail clippers? At the time, of course, it was awful and I didn't think I'd ever get over hearing her scream and knowing I caused her such pain. But two minutes later, it was like it never happened.

So, with that in mind, here are some more parenting mistakes I believe aren’t as bad as we moms like to think. Sure, they might seem catastrophic at the moment, but trust me, things are never as bad as they seem.