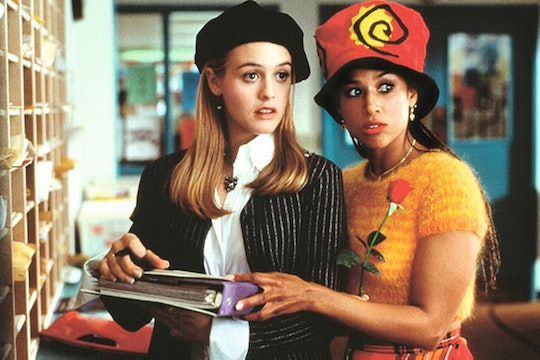 Let's get one thing straight before you read too far into this— I was not a '90s cool girl. I was a '90s girl, yes, but during that decade I was largely oblivious to what it meant to be popular or otherwise cool. These phrases, nonetheless, somehow crept their way into my vocabulary, despite my lack of "it" factor. I hadn't even seen Clueless till well after the fact, when the '90s were making a comeback. That fact in itself is a testament to how far reaching these phrases every '90s cool girl said really were.

To the '90s girl, shows like Saved By the Bell andFull House, as well as movies like 10 Things I Hate About You and Clueless, were the building blocks for their social structure. Just like snap bracelets, tube tops, inflatable furniture, and metallic eyeliner, they were essential to being a cool girl in the coolest decade.

If you grew up in the '90s, seeing these phrases will be like reading excerpts from your Lisa Frank diary. I can almost guarantee that one or two of them made their way into your daily conversation, be in the in hallways at school, or at home telling your mom to just bug off already.