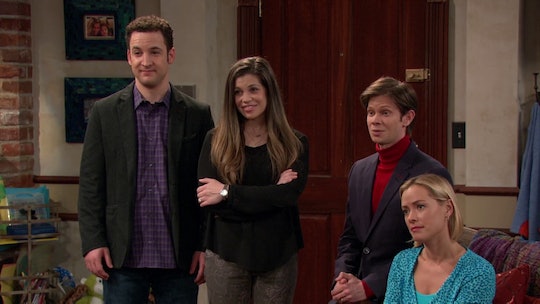 The overwhelming nostalgia for all things '90s is absolutely undeniable. From film and television sequels and reboots (think, Independence Day 2, Fuller House, The X-Files) to revived musicians' careers (Sleater-Kinney, D'Angelo, The Prodigy) and fashion styles (overalls, choker necklaces, flannel), Generation X has definitely made a comeback. Perhaps the only things better to come out of this revival than the trends are the 90s kids who make the best parents.

Think about it. The '90s generation of children were probably the last ones who got to experience a life without navigating the murky waters of social media. Sure, having a dial-up modem and yelling at your sibling to get off the phone so you could use the internet to chat on AOL was annoying, but it made you appreciate it even more when it worked smoothly. Just like the travelers whose fates you decided on The Oregon Trail, having a somewhat tech and gadget-free lifestyle allowed you to solve problems creatively and primarily with only your brain and a library card.

Though people always say the past is viewed through rose-colored glasses, this might just be the exception. Regardless of the technological disadvantages or decidedly non-organic school lunches, there were plenty of positive aspects to growing up in that era, too. So check out some of the reasons why '90s kids make the best moms.

More Like This
Ginger Zee Had A Perfect Response After A Troll Asked Her "Who's Raising Your Kids?"
It's A Beautiful Day In Jenny Slate’s Neighborhood
Experts Answer All Your Questions About Getting Boosted After A Covid Infection
Why It's Crucial to Get Good Sleep As A New Mom — Plus, Tips On How To Do It