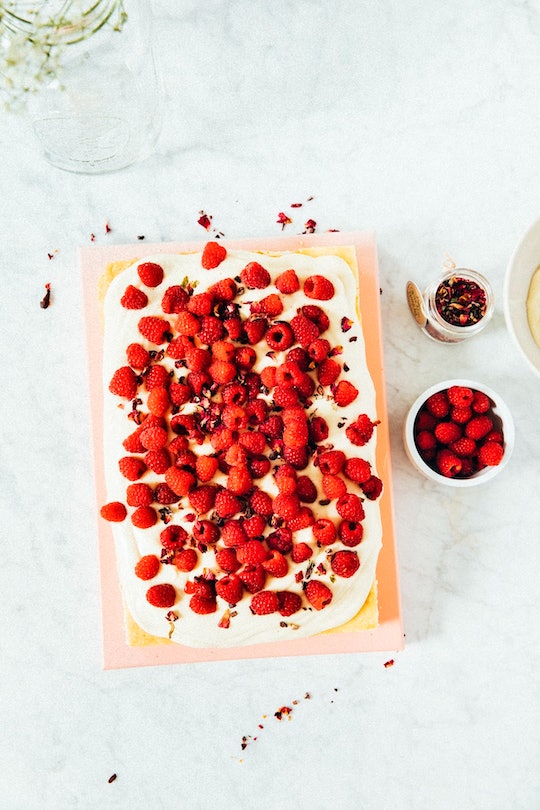 11 Incredible Cakes You Can Bake Right In A Sheet Pan

Having been conscripted into baking for a crowd more times than what is excusable, I have come to learn that there is nothing quite so useful as a sheet cake. Typically an easy recipe with a large yield, sheet cakes are a staple of picnics, baby showers, and family gatherings all over the United States. If you've never baked one, you'll be pleasantly surprised at how fast they come together, and how many different types exist. To get you started, I found 11 sheet pan cake recipes that will feed a crowd without keeping you in the kitchen.

There used to be just a few standard sheet cake recipes. The most famous of these is the Texas sheet cake. A chocolate base reminiscent of red velvet thanks to the vinegar (or sour cream, in some cases) in the batter, it is frosted with a thick layer of gooey buttercream, and it is truly delicious.

However, in the past few years, people have been playing with the idea, and have been churning out ever more styles of cake, from peaches and cream to white chocolate and raspberry. It should be noted that any cake recipe can be turned into a sheet cake with a little bit of math. If the recipe calls for a 9 by 13-inch pan, you double the recipe. If it's a layer cake that makes two 9-inch rounds, then you go up by half. While this can get tricky with measurements like eggs, I have found that you can either scramble and weigh the eggs or you can simply use only the yolk, which has the added benefit of making a richer cake.