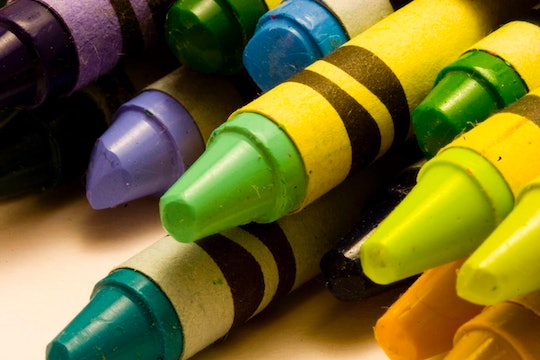 Scent memory is a real thing, and certain smells just bring you back to particular points in time. For instance, every time I catch a whiff of crayons, I’m transported back to my elementary school classrooms. But that’s just the beginning of the aromatic tapestry that made up homeroom classes in the 1990s. With a topnote of artificially flavored candy and a base note of school supplies, there are all kinds of smells every '90s kid remembers from homeroom.

And the '90s were a big era for smells. Lots of schools supplies, from stickers to markers, were infused with fruity or woodsy scents. (For some reason this made them way cooler than the regular variety). And the unique trends of perfumes and other cosmetics dominated as well. It was a big decade for freesia, for some reason.

Beyond that, there were the general classroom smells — such as pencil dust and rubber cement — that will likely bring anyone back to the homeroom days. And the school library: ah! That was its own musty heaven. If you spent the '90s in a classroom, chances are these scents will be intensely familiar to you. Because markers that smelled like fruit punch were all that.