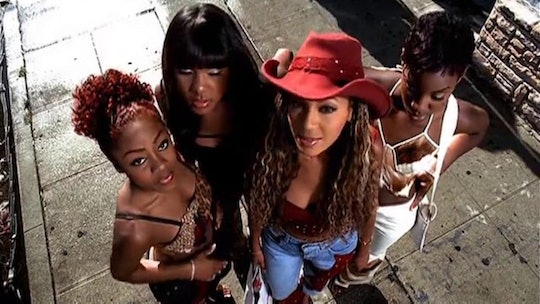 11 Songs From The '90s That Are Totally Irrelevant Today

Some song lyrics describe universal human truths and stand the test of time. And then there are others that mention pagers and talk shows. There are quite a few songs from the '90s that are irrelevant today. I mean, most people no longer worry about beepers, and it would be odd to find a modern song that mentions a CD-ROM. Sometimes the mention of outdated technology or pop culture can double the nostalgia factor of older song lyrics.

It isn’t the lyricists’ fault that technology do not stand up well over time. Who knew it would change so quickly? I mean, having 57 TV channels really did feel like a big deal in 1992. And for a few years, pagers did feel like the height of communication. But it’s difficult to look back a couple of decades later without smirking at the outdated tech. Furthermore, I’m sure in a couple of decades, many modern songs will likewise feel dated. (I’m looking at you, “Hotline Bling," and any song that mentions a phone blowin’ up.

And technology isn't the only thing to make songs feel dated. Pop culture references are bound to feel passé in a few years. It’s hard to remember that talk shows were such a juggernaut in 90s pop culture. And who today can imagine someone calling out the Hanson brothers and Marilyn Manson in the same breath? Whatever the case, it’s fun to look back and appreciate how much has changed since the '90s (and in some cases, how much has stayed the same).