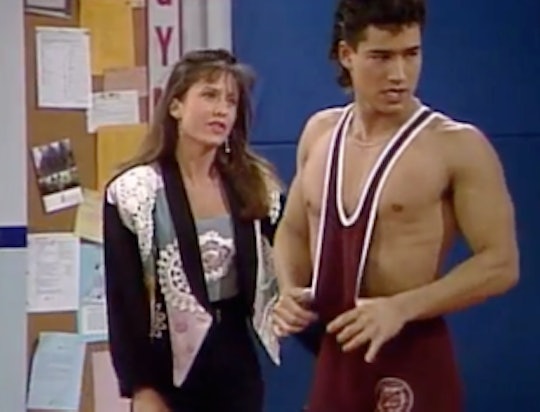 For some '90s kids, gym class was always the best time of the school day. For others it was hell, even if you weren't old enough to say the world our loud. The things every '90s kid did in gym class ranged from the normal to the bizarre, as Phys. Ed teachers made use of all the decade's trendy athletic toys, like butt scooters and Koosh balls, to try to pique kids interest in getting fit.

Yes, there were plenty of days when you'd avoid the competitive hour of recreation by complaining about cramps, which would earn you a one way ticket to the nurse's office (a trick you learned from your older sister, of course.) But looking back now, you may regret feigning your monthly visitor. Because back in the '90s, gym class was the bomb dot com. These were they days when working out was neatly scheduled into your day, right in between Geometry and English Lit. Now the idea of getting to the gym three times a week seems like a miraculous feat on its own, never mind how you actually perform in Zumba class. So, to show your appreciation for simpler times, when sweating in public was socially acceptable, reminisce with me about all the games you'd play (or feign injuries from to "sit out") during gym class in the '90s.