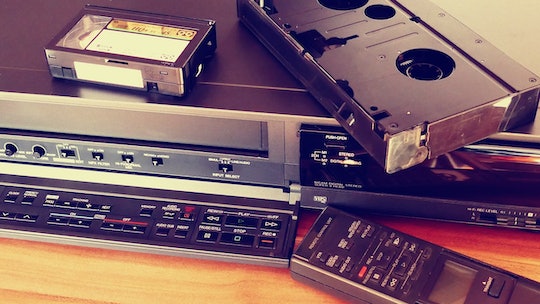 11 Things From The '90s Your Kids Won't Believe Existed

As nostalgia for days gone by seems to be reaching a fever pitch with long-awaited movie sequels and franchise reboots popping up with increasing frequency, it can feel like the '90s were just yesterday. But they weren't. I nearly had the wind knocked out of me when I realized Mean Girls was a decade old, so I can barely fathom explaining the slang and fashion of the 1990s to my child one day. In fact, I'm pretty sure there are several things from the '90s your kids won't believe existed.

It's already difficult enough trying to explain exactly how people functioned before Wi-Fi, Google, and smart phones. But when you try explaining the limited technology and entertainment you grew up with, kids think the '90s were a major bummer. After all, you grew up in the decade that brought you such memorable tragedies as dead Tamagotchis and entire fake families who met an untimely fate on the Oregon Trail.

In a way, it's interesting to think that your own parents probably went through the same experience. The same way you probably rolled your eyes at your parents regaling you with tales of rotary phones and soda pop that only cost a nickel, your kid might find it impossible to believe some of the things that existed in the '90s.