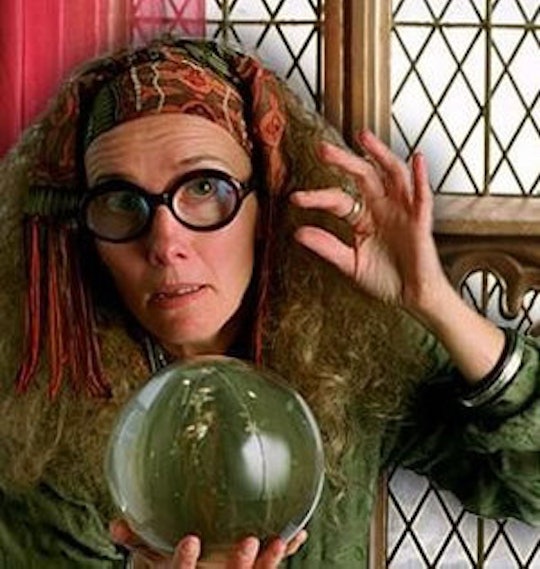 11 Things You Realize When Re-Reading 'Harry Potter', Because J.K. Rowling Is A Master Of Foreshadowing

You've read and loved every moment of the Harry Potter series, from the opening line of Harry Potter and the Sorcerer's Stone, “Mr. and Mrs. Dursley of number four, Privet Drive, were proud to say that they were perfectly normal, thank you very much,” to the last line of Harry Potter and the Deathly Hollows, "All was well." And the only logical thing to do once you've read those last three words, is to start from book one again. And it's even better than the first time: there are so many things you'll realize when you re-read Harry Potter that you missed on the first go round.

It's no secret that J.K. Rowling is one of the world's most incredible storytellers. There is not a single accident or coincidence in the book — everything that happens is planted early on and develops throughout the course of the story. And that's what's so amazing.

But since the first time you read Harry Potter you had no idea how it was going to end, you most likely missed out on many of these expert and subtle foreshadowings. You might have even missed them on a second re-reading. But the more you delve into the series and keep coming back to Harry and his friends, the more rewarding each experience will be. You'll find characters, items and plot points mentioned way before they become important; you'll see that almost every prophecy made in the book comes true; you'll recognize just how amazing Rowling is at building a consistent and coherent world. As you re-read the series, here are some of the moments you'll stumble over and thing, "oh my God! I get it now!"