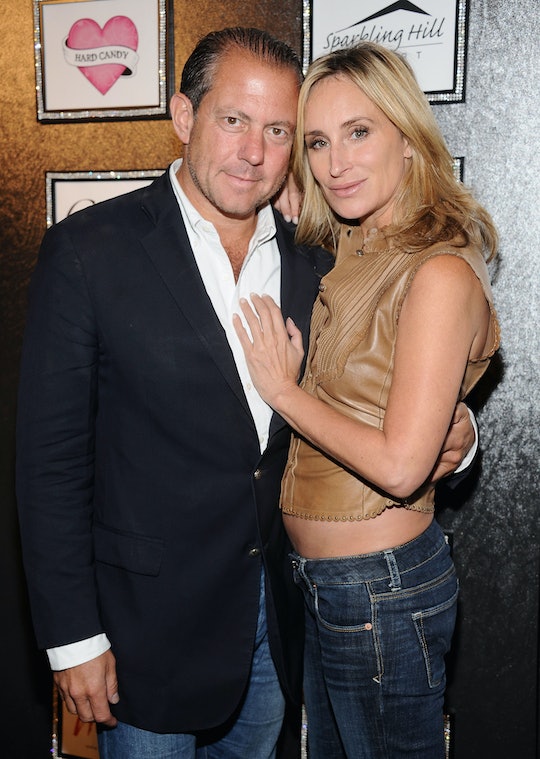 The signs are there: a rumbling in the distance, ripples across the surface of your nearest water glass. Someone approaches. Harry Dubin will be here soon, and he will make out with another Housewife. There is no way to stop it. These tweets about Harry Dubin on Real Housewives of New York City react to that inevitability.

Harry Dubin is the ex-husband of former Housewife Aviva Drescher, but he's also dated both Sonja Morgan and Luann de Lesseps. Recently, he was spotted sharing a smooch with Ramona Singer. In a 2017 appearance on a Watch What Happens Live with Andy Cohen after-show, she'd insisted that she would never date him, but she also totally understood his alleged appeal to the women of NYC. "He's extremely charming and personable and fun to be with," Ramona said, as reported by People. "And he's kind-hearted and warm and generous."

It seems Ramona was charmed! And the situation is going to come up in the May 29 episode of RHONY, where the reveal of Ramona and Harry's liaison does not sit well with Sonja. "It's Not You, It's Miami" marks the return of Harry Dubin, though I have a feeling it won't be the last time fans of the show hear about him.