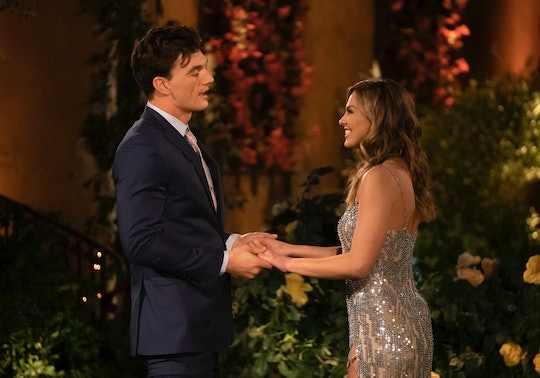 Twitter Is In Love With Tyler C. From 'The Bachelorette'

There are many men competing to win over Hannah B. on The Bachelorette Season 15, but one has already stolen the internet's collective hearts. Tyler C. is a 26 year old contractor from Jupiter, FL, but to viewers he's so much more. These 11 tweets about Tyler C. on The Bachelorette prove Twitter has chosen their favorite contestant. If it doesn't work out with Hannah, it looks like Tyler has a lot of options.

Tyler is a bundle of contradictions: a contractor who loves to dance, a businessman with a background in professional sports. He can pretty much do it all. He received his MBA from Florida Atlantic University before going on to join the Baltimore Ravens. A shoulder injury kept him from playing, but he was able to pivot into other career endeavors, like modeling.

But most impressive to viewers is how Tyler interacts with Hannah and the other guys. He had no problem calling out Cam for crashing a date, without resorting to the typical masculine posturing that you see on the show. He hasn't drawn attention to himself for negative reasons, which may be why Twitter is so eager to see him with Hannah — or seek him out for a one-on-one date themselves.