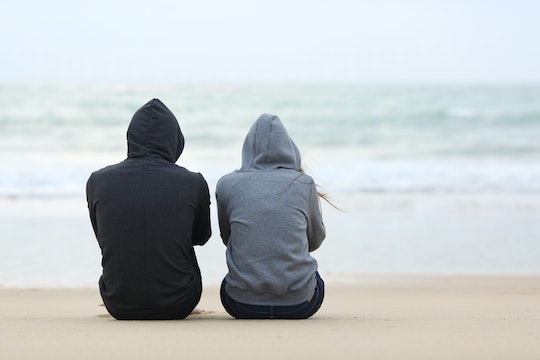 If you've ever watched a romantic comedy or any kind of angst-ridden teen show, you're probably familiar with the stereotypical signs of a bad relationship. Obviously, domestic abuse is a major red flag and there are several other blatant, played out tropes presented in media. But, what about the unexpected signs you're in the wrong relationship? How to you know which warning signs are uncommon if they're, well, not very common? As it turns out, quite a few of my friends ended things with their significant others for reasons you wouldn't find in a typical dating advice column in a magazine.

That's not to say that your relationship is doomed just because you can check off a couple unusual boxes. But,it never hurts to take a step back and look at the state of your partnership with a fresh pair of eyes. With that said, if you think that you might be coupled up with a toxic partner, it's never to late to reach out for help and support to leave an unhealthy relationship. So, if you've been a bit blinded by love (or lust) and missed a red flag or two, then you might want to check out these unexpected signs that you're in the wrong relationship.