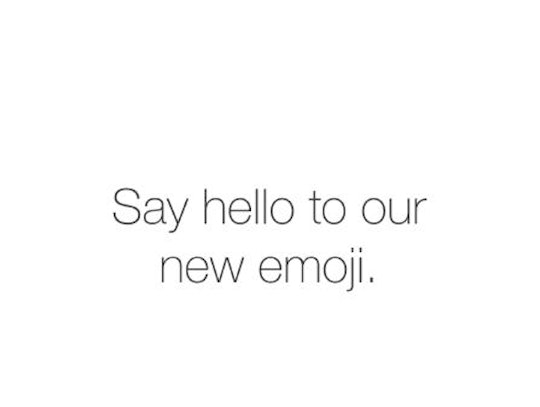 11 Ways Parents Can Use The New Facebook Emoji, Because There's Finally A Good Baby Emoji

Facebook just unveiled a new slate of 1,500 redesigned emoji for your Messenger pleasure, and in a world full of Kim Kardashian, Amber Rose, and Blac Chyna emoji, the new Facebook fare is a little tame. But if anyone knows how to make the mundane and boring downright exciting, it's those of us who spend far too much time trying to reason with our kids. So, let's reimagine the new Facebook emojis for parents and learn a few useful #MessengerEmoji phrases every mom will have to use sooner or later.

The pitch for the new emoji from Facebook is that the redesign will "better reflect the world we live in, while still helping you express yourself."

That sounds great, but could they really have considered the completely cray communications parents find themselves engaged in on a daily basis? Like, just in the past week, how many actual conversations have you had about poop? I know, right?

But the other selling feature Facebook is touting in this video introducing the new #MessengerEmoji is that these emoji are more diverse. And they are, and that's amazing. There are same-sex couples, professional women, and people of color represented. Here are just a few of the more diverse emoji that have been introduced.

The other new bonus feature Facebook is promoting is that the emoji will show up the same no matter what type of device you're using. But full disclosure: plenty of the new emoji shown in the video weren't available in my Messenger app yet, but maybe there's an update on the way. Also, these are only available in the mobile Messenger app and not on the web version.

That said, here are just a few sample Facebook Messenger emoji phrases every parent might want to have handy for those times when mere words just aren't enough.

For the 1,000th time your kids have asked for a dog, even though your littlest is allergic:

For those toy requests you don't have the energy to shut down yourself:

When it's time to drop off the kids at grandma's. Byeeee!

For those days when only a stiff drink will do:

When you start to miss the good old days before kids:

Maybe one of Taylor's moms will babysit this Saturday?

Sometimes your kids are just being so bad you'd do anything to shame them into behaving:

Guess what your daughter did with the scissors you left out this morning!

And, of course, for those parenting moments of such pure joy, there really are no words: