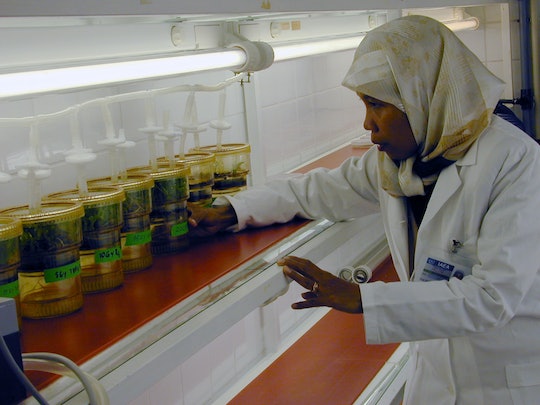 11 Women In STEM That You Should Know, Because It's Women & Girls In Science Day

The United Nations has declared February 11 to be the International Day of Women and Girls in Science. It's kind of like Galentine's Day, but with science, and, unfortunately, no amazing handmade gifts from Leslie Knope. The UN noted that "science and gender equality are both vital" for international development, but, sadly, women and girls are still largely excluded from the scientific arena. In fact, a study the UN conducted across 14 countries found that women are less than half as likely as men to earn a degree in science-related fields. This, obviously, is a bunch of crap. Women and science are both rad! And they're rad together! Their intersection should be celebrated, today and every day. So here are seven fabulous women in STEM (but there are so, so many more).

Unfortunately, if asked to name three women scientists, the average person would probably list Marie Curie and those two broads from The Big Bang Theory, because neither women nor scientists tend to get much attention, and women scientists — they're like unicorns, right? Nope! Although it's true that women are vastly underrepresented in many scientific fields, there are some awesome ones out there (besides Madame Curie), both presently and throughout history. Here are just a handful of awesome women scientists you should get to know (and then teach your daughters about):