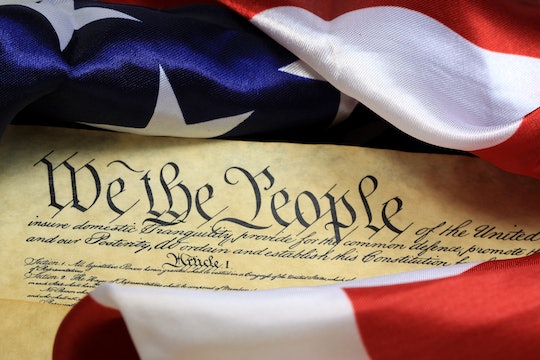 12 Clever Memes For The 4th Of July, That History Buffs Will Get A Total Kick Out Of

For American history buffs, few days provide as much material as the Fourth of July. It marks the founding of our country and provides a day to recognize its short but rich history. So what better way to celebrate than with some clever, historically accurate fourth of July memes? Not only will they make your friends and family laugh, they'll reveal who the true history lovers are.

You can test their knowledge with these little known fFourth of July facts. We celebrate this historic day because of the signing of the Declaration of Independence, but few know this fun fact from Business Insider: only two of the seven founding fathers, John Hancock and Charles Thomson, actually signed it that day. Most of the others actually signed it on August 2. And the Second Continental Congress actually declared independence from Great Britain on July 2, but the written version of the declaration was drafted two days later, July 4, 1776.

John Adams even argued that the new country should celebrate its independence on the 2nd instead of the 4th. In a letter to his wife Abigail, John Adams said that July 2 "ought to be solemnized with Pomp and Parade with shews, Games, Sports, Guns, Bells, Bonfires and Illuminations from one End of this continent to the other from this Time forward forever more," the National Constitution Center reported. He may not have gotten his chosen Independence Day, but as far as celebrations go, today's traditions aren't far off.

While there was much discussion amongst the founding fathers about when to celebrate American independence, it wasn't until almost a century later, in 1870, that Congress declared July fourth a federal holiday, and it took until 1941 for Independence Day to become a paid holiday. This year, enjoy your day off with the memes below.