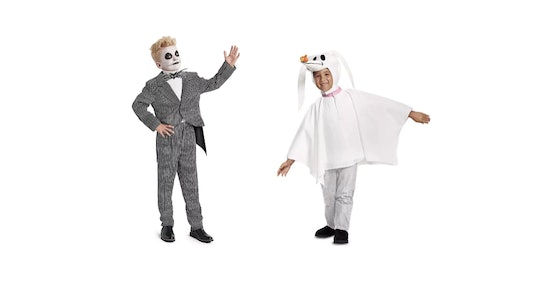 I love coordinating costumes for my two kids. There is just so much potential for cuteness in designing costumes that they can wear together. Plus, companies like Disney make it easy for parents like me to dress their kids according to a theme. Whether they want to be the superheroes they see on the screen or they're at the age when "Hot Diggety Dog" is their #1 jam, these Disney costumes for siblings are basically the cutest ever.

The great thing about Disney costumes is that once they've been worn for Halloween, they make spectacular dress-up clothing. One year, my daughter went as Minnie Mouse and my son went as Captain Hook, and I cannot tell you how often those kids put those costumes back on to play pretend. My daughter eventually commandeered her brother's pirate hat and boots when he grew too large for them to use for her own wild adventures.

These Disney costumes for siblings are perfect for families who love being a matched set. And it's worth mentioning that this approach can really curtail fighting: The parents pick the theme, and the kids can go with it... not like when one child wants all the kids to be zombies, and the other wants all the kids to be fairy princesses with magic wands and sparkle hair. (Speaking from experience.)