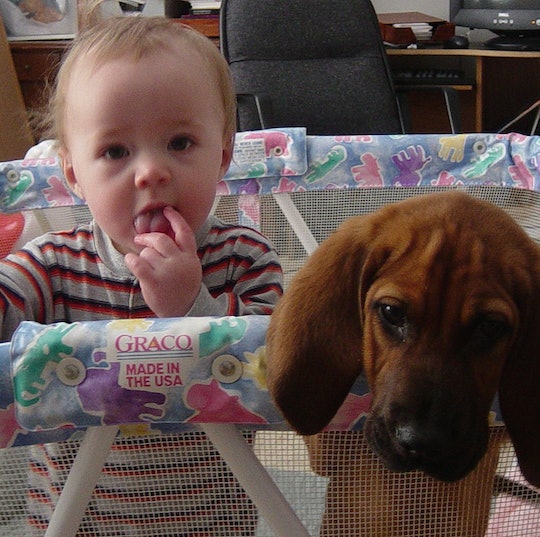 A few years ago, I found myself catching up with an former colleague who'd just had a baby. When it came time for my turn to give him an update, I was slightly embarrassed to find myself sharing that my partner and I had gotten a dog. And not because I was embarrassed by having a dog (I'm not, because dogs are awesome) but because I didn't mean to imply that getting a dog is like having a baby. Though, being the nice guy that he is, he quickly reassured me that actually, getting a puppy is a big deal, kind of like a dry run for parenthood (not that there's anything dry about house-training).

Flash forward to now, and my husband and I are the proud parents of an almost-2-year-old person and an almost-3-year-old dog (and also an almost 9-year-old rabbit, but that's another story for another day). There are days when I think my former co-worker was not too far off when comparing the two, and days when I can't help but think we were both naive to joke about it. Still, I have to admit that it's the closest thing I ever experienced to parenthood before I became a parent (followed closely by camp counseling, which had more fireside singing than motherhood has had...so far). Here's how having a dog prepares you for becoming a parent: