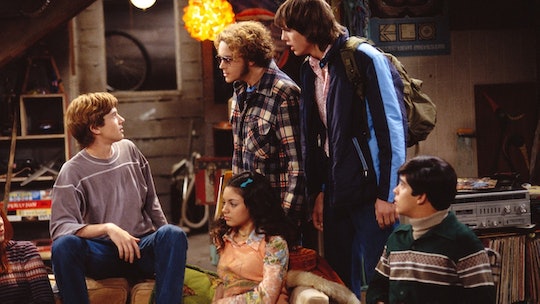 If flipping through 200 channels has you feeling disappointed, maybe it's time to revisit some of your old favorites. Remember the days of "Must See TV" and "T.G.I.F," when all the best shows come on? Because DVRs weren't invented yet, you'd rush home to catch the newest episodes so you wouldn't be left out of the conversation around the lunch table the next day. And due to the powers of streaming, you can travel back in time and indulge in '90s shows on Netflix until your heart's content. (Or until the popcorn runs out. Whichever comes first.)

Whether you settle in for a night of binge-watching, or introduce your kids to some personal favorites from the '90s, Netflix has some great staples from a wonderful decade of TV. Even though it's hard to believe some of these shows were on the air more than 20 years ago, they still conjure up those same feelings you had the first time you cheered when Ross and Rachel finally kissed. And some of the shows that you loved as a kid may resonate in a different way now that you are an adult.

If you're ready to take a trip down memory lane and get lost in your television past, start streaming these '90s shows on Netflix, and fall in love with these characters all over again.