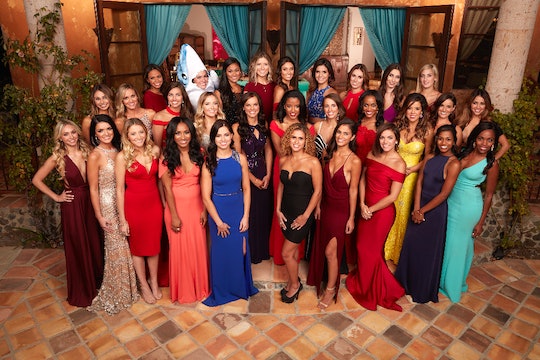 It's a new year so you know what that means: making resolutions that will inevitably fall apart by February, writing "2016" instead of "2017" for months, and — best of all — a new season of everyone's favorite reality dating show, The Bachelor. With Bachelorette and Bachelor in Paradise veteran Nick Viall as this year's bachelor, this is bound to be an exciting time. But this is The Bachelor we're talking about though, so cringe-worthy moments are expected as well — and the premiere did not disappoint. In fact, I was able to pick up on no less than 13 extremely awkward moments from The Bachelor Season 21 premiere that prove this season is going to be a wild ride.

When ABC announced that Nick was chosen as the next Bachelor hoping to find love, there were definitely mixed reactions. Some fans were happy from the onset, while others thought the show should give another contestant a chance. Given how entertaining the premiere was, we cannot help but be on Team Nick now. From costumes to hot dogs in books (yes, really), the women fighting for Nick's love certainly did not hold back their affection for him either. Just be warned: some of these awkward moments are better experienced covering your eyes with one hand, wine glass in the other.