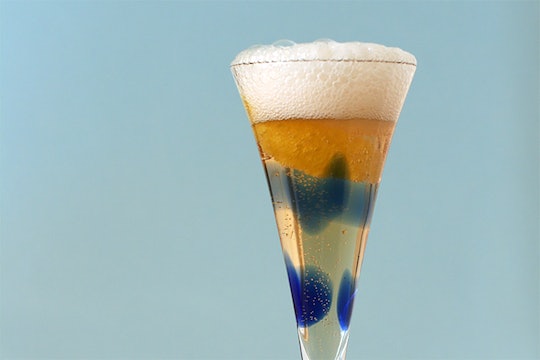 After an awesome win over the New England Patriots, Peyton Manning and the rest of the Denver Broncos are heading to the Super Bowl 50. Broncos fans everywhere are ecstatic, and counting down the days until the big game. They're planning their parties by shopping for Broncos inspired decor, planning a Denver-centric menu, and searching for recipes for blue and orange drinks to celebrate the Broncos.

The main event of Super Bowl Sunday is, of course, the football game. But a close second and third would have be the food and the booze. It's a party after all! And although it wouldn't be a Super Bowl with many varieties of beer, there's also room for a cocktail or two.

If you're a Bronco's fan, you better make sure that you're wearing blue and orange, and that your specialty drinks for the evening are sporting the team's colors as well. Orange drinks aren't too terribly hard to come by (Screwdriver, anyone?) but a blue beverage, on the other hand, can be more difficult to concoct. They are out there, though, and they're extra fun.

From virgin drinks to tequila cocktails, there's a refreshment for every Broncos fan at your party. Here are 13 super-fan beverages to serve at your Super Bowl get-together and to sip on while you cheer for Manning and the team!

More Like This
Here’s What You Need To Know About That Viral 1960s Baby Formula “Recipe”
Kelly Ripa Loves A Sunday Dinner Date With Her Grown-Up Kids
10 Easy Vegetables To Grow At Home
Abbot's Formula-Producing Plant Can Reopen In As Early As 2 Weeks — Now What?