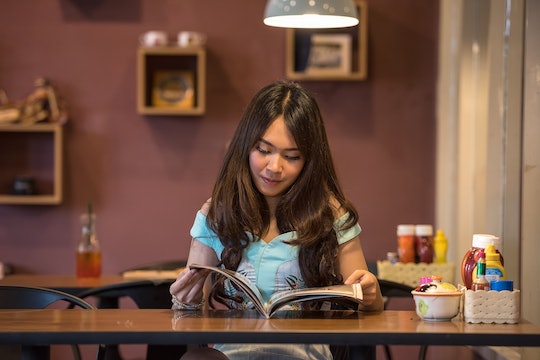 13 Must-Reads To Get Through The 4th Trimester

If you thought that there were only three trimesters during pregnant, guess again. Though it's more of a colloquial expression, there is a fourth trimester that covers the whole "new parent" phase as you and your newborn get to know each other. Though I'm still not completely confident in my role as a parent, absorbing as much info as I could during those first few months was a huge help. If you haven't started a list already, there are plenty of books every mom should read in the fourth trimester. Whether you're balancing a tablet on the armrest of your couch while breastfeeding or simply taking some time to focus on taking care of you, reading is never a bad idea.

I actually rolled my eyes the first time I heard someone use the term "fourth trimester." Even as a self-described progressive, liberal parent, it implied some fringe science kind of theory. But I learned not to judge a book by its cover (literally). It's simply the first three months of your baby's life outside your belly. My best friend was prepping me for motherhood as my due date was rapidly approaching and she suggested I read up on everything to know about the fourth trimester. I'm glad I took her advice because there's so much to discover about new parenthood in books.