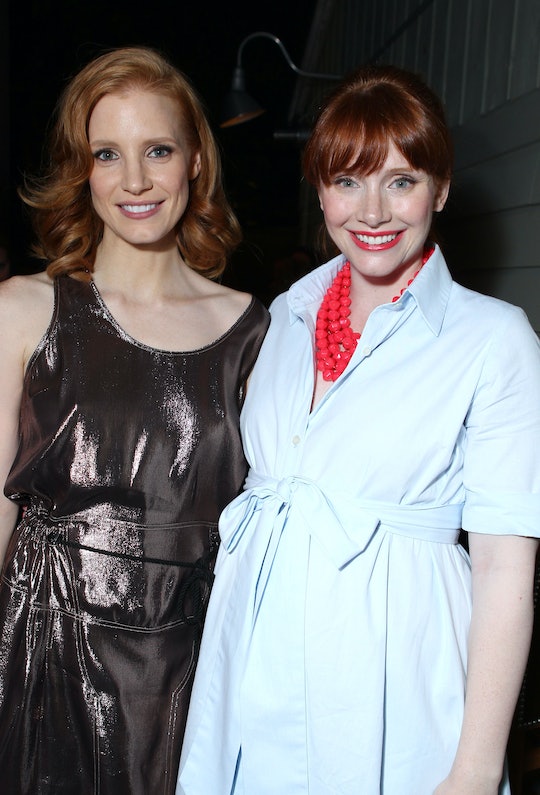 13 Celebrities Who Could Pass For Twins

I used to make fun of my mom all the time for frequently confusing celebrities for one another, but now I kind of get it. Maybe it's because having a kid does something to the facial recognition part of your brain or the fact that social media has flooded my news feed with photos of famous stars, but either way, there are totally plenty of celebrities who could pass for twins.

Sure, there are performers who you might think bear a bit of a resemblance to another artist, but that's no big deal. I'm talking about celebs that make you do a legit double take and have you swearing up and down it's them only to be shocked when your IMDB search reveals it wasn't who you thought it was in the movie you just saw.

My partner has a theory that the reason there seem to be so many celebrity look-a-likes is because there are only so many face types in this world. Plus, if a certain director or screenwriter prefers to cast a certain look time and time again, then it stands to reason that over time their movies will feature stars who closely resemble each other. Whether or not that theory is scientifically sound or not, get ready to check out these celebrities who could easily pass for twins.

The big eyes, the fair complexion, and the funky fashions can make it difficult to know if you're looking at Zooey Deschanel or Katy Perry. Since Perry has been donning rainbow-colored hair recently, hopefully it won't be that hard to tell them apart.

Both are red-haired funny ladies, but they really couldn't have more different backgrounds. Amy Adams was an American Army baby born in Italy and Isla Fisher was born to Scottish parents in Oman and then grew up in Australia. Talk about cultured!

The newest baddie on The Walking Dead is played by Jeffrey Dean Morgan, but no one would blame you if you thought it was Bond baddie, Javier Bardem

Though they're almost a decade apart in age, you wouldn't guess it based on how similar they look.

Perhaps it's because they're both actresses who got their starts on kid-friendly TV (Victorious and Degrassi), but these two starlets could easily be sisters.

Though these two have been a part of the Lord of the Rings franchise, they're totally two different people. I know, hard to believe.

Again, two red-haired starlets make you do a double take because their resemblance to each other is just so uncanny.

If there were ever to be a reboot of That '70s Show, Sarah Hyland could totally play Mila Kunis' character, Jackie.

There must be a God if this Earth has been graced with not one, but two guys who look like this.

It's no surprise these two celebs starred in a movie (The Roommate) where one character slowly tries to become the other.

I'd pay good money, and I'm assuming you would, too, to see a movie where Superman discovers he has a twin brother.

These UK boys might want to investigate their family tree based on their similarities.