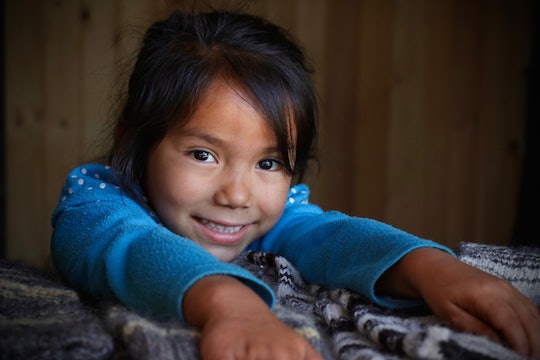 13 "Compliments" People Say To Your Daughter That Are Actually Insults

Ever notice how we talk to girls? By "we" I mean more "society" and less "you and me," because hey, I don't know you. "We" have a tendency to praise girls for their appearance more than we do boys... and we — as in you and I" — have probably done it, too. On the one hand, we all need to do better, but on the other hand, you sort of can't blame us. We have been conditioned to believe that a woman's primary value is her appearance so if you want a little girl to feel she is valued by you, you compliment her appearance. And while that might make her feel good in the moment, over the course of her young life, it's actually sending an insidious message that her character, wit, and accomplishments are of secondary importance. Or at the very least that they won't mean as much or be taken as seriously unless she is also beautiful.

I'm not saying we should never say a word about our daughter's appearances, but I think we have to be more mindful of what we're saying, and when, and how often. And we should take care in speaking to everyone else's daughters as well, not only in an effort to instill in them the idea that they have a value outside of aesthetics... but so we don't all sound so goddamn stupid all the time.

Because for real, so many times we think we're paying a little girl a compliment are actually just instances of us sticking our feet in our mouths without realizing it. To wit...