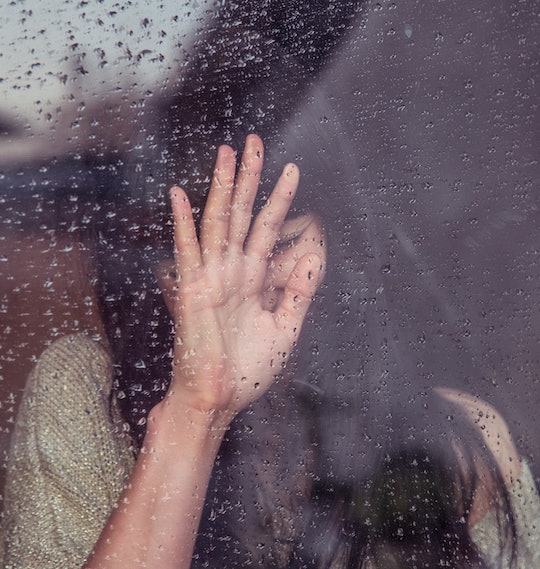 Being a new mom can be hard for so many reasons, but it shouldn’t be made harder by other moms. I think most of the time it happens without the person who's making things harder even realizing they're doing so, but experienced moms often make new moms feel bad for a myriad of things, just by virtue of the fact that hindsight is 20/20. Pretty much all parents can look back on our early days of parenting, and things seem so clear: “This choice totally worked for me, but this was a big mistake ... Oh gosh, you’re doing that!?” Before you’re even aware of what you’re doing, you’re talking to that new mom just a little bit condescendingly about something that they are going through. And suddenly, that new mom is feeling pretty crappy about it, when all she was hoping for was some support (or maybe wasn't asking you for anything at all. Just sayin'.)

I know I’ve been on the receiving end of this kind of shaming myself. I remember telling a more experienced mom about a potential symptom of PPD, and she dismissed it, saying that she had done that too. The implication was that I wasn’t really suffering from PPD. Newsflash! I was, in fact, suffering from PPD, so joke's on her. Actually, joke's on no one because that mess is not funny.

Here are 13 other ways experienced moms can end up shaming new moms, maybe without even noticing:

More Like This
21 Earthy Baby Girl Names For Your Little Force Of Nature
Should Parents Consider Delaying Covid Vaccines Until Closer To School Starting?
The FDA Is Warning Parents To Not Use Baby Neck Floats After One Infant Died
The Covid Vaccine For Kids Under 5 Has Been Sent To The FDA For Review