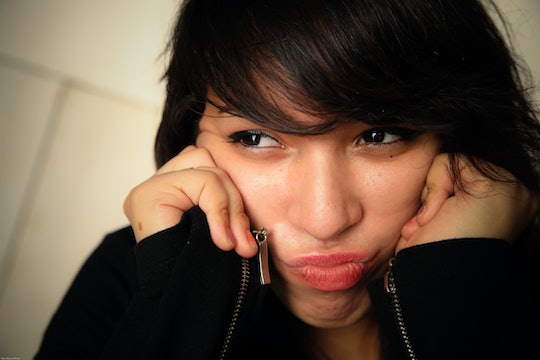 In the next few days, I am going to embark upon something that no parent in the history of parenthood has looked forward to doing with their children. I will be taking my children on a plane for six hours. Fellow parents, I will give you a moment to give me the Katniss-in-The-Hunger-Games salute and I shall accept your silent support gratefully as I gird my loins for whatever happens. I think many, if not most, adults view children on planes, in one way or another, as punishment on par with something you would find in Dante's Inferno; probably somewhere between the writhing whirlwind of souls and the suicide forest. For those of us responsible for the wee ones on an aircraft, however, it's mostly torturous because of the millions of people who feel children don't belong on airplanes and will openly or passive-aggressively share their obnoxious opinion with you, making the trip even less pleasant than it already was(n't).

And herein lies the tragic comedy of the situation: A child has little to no control over their crying or emotional state (at the very least, they have less impulse control than an adult), whereas the obnoxious adult is actually making a choice to make someone else's life unpleasant.

These adults will talk about how they paid good money to fly and shouldn't have to put up with other people acting "entitled," all while ignoring how ridiculously entitled it is to expect a child-free environment in a public space.

All this is to say that even though we have special punishments set aside for children who disrupt social protocols, I just as often encounter adults acting like... well... children. Or jerks. Or jerky children. So my question is this: What can we do about these people? I propose we do what I do with my preschooler: We put them in time out. Here are some worthy offenses for which all adults not only deserve but need to be put in a time out.

More Like This
These Patriotic Puns Are Perfect For The 4th Of July
Ginger Zee Had A Perfect Response After A Troll Asked Her "Who's Raising Your Kids?"
It's A Beautiful Day In Jenny Slate’s Neighborhood
Why It's Crucial to Get Good Sleep As A New Mom — Plus, Tips On How To Do It