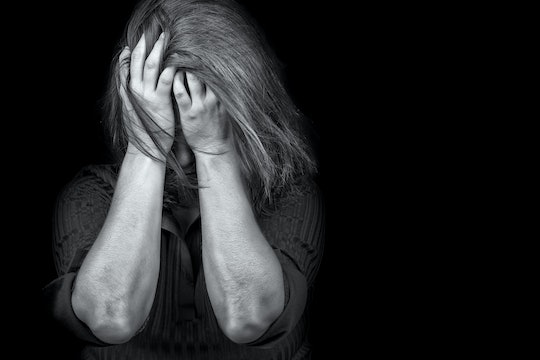 13 Myths About Domestic Abuse That You Should Stop Believing

October is nationally recognized as Domestic Violence Awareness month. And although the efforts to raise awareness have risen over the years, that hasn't stopped the rates of abuse from rising. Even with all the horrific headlines and victims being reported every day, there are still many people who have not been properly educated and believe the terrible myths about domestic abuse.

According to the National Coalition Against Domestic Violence, nearly 20 people per minute are physically abused by an intimate partner in the United States and, on a typical day, there are more than 20,000 phone calls placed to domestic violence hotlines nationwide. Even with those large numbers, many men and women ignore the fact that domestic violence is real, which is pretty dangerous.

When you're not educated on what domestic abuse entails of, you can become a victim of it and not even know it. Many men and women end up being in an abusive relationship at some point of their lives, but because it doesn't look like what we're convinced domestic abuse is, we ignore it.

With domestic abuse commonly mistaken as just being physical, being educated on the different ways that abuse can take place is imperative to having healthy relationships. These 13 myths will help you see the signs of domestic abuse in the future. And, if you or anyone you know is being abused, don't hesitate to call the Domestic Abuse Hotline at 1-800-799-SAFE (7233).