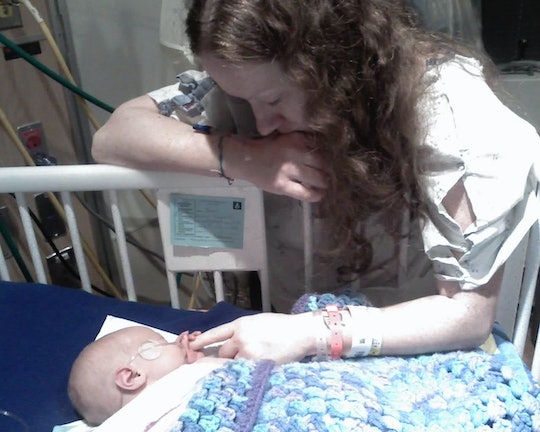 When I had my first child she aspirated meconium, had a hole in her lung, and had her stomach pumped. As a result, she had to be in the Neonatal Intensive Care Unit (NICU) for the first five days of her life. It was torture. I don't know that any parent is ever fully prepared to spend the first moments of their child's life enclosed in a tiny NICU room. And while I didn't know what I needed at the time, in retrospect I can share the best things you could do for a mom with a baby in the NICU.

I had barely met my daughter before they whisked her away. As a result, I was numb. I guess I honestly didn't know what I was supposed to feel. I definitely didn't know what I did feel. I kept telling stories to anyone who would listen about my perception of childbirth, since this was the first time I'd done it, but I was dissociated. My consciousness was floating somewhere up and off to the side of my head.

The mom and baby unit was two floors (and an entire hospital width) away from the NICU. So as much as I was mentally removed from my new child, I was also quite literally physically removed from her, too. The truth is moms with a baby in the NICU will probably be somewhere between dissociated, devastated, and hysterical (or all at once) at all times and until their baby is allowed to go home. They may not know what they need, so it's our job to figure it out and give it to them.