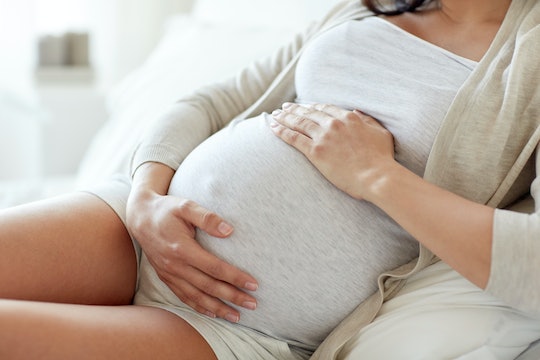 In the pre-internet days, pregnancy was oftentimes an isolating experience (unless, that is, you were lucky enough to have friends on a similar reproductive schedule). Now, thanks to message boards and social media, expecting moms all over the world can connect with women in similar situations — but joining a virtual conversation can be tricky if you don't know the lingo. After all, we are living in the age of the abbreviation, LOL (see what we did there?). So what are the pregnancy acronyms every mom-to-be needs to know?

Moms-to-be are sort of like teens when it comes to inventing a language all their own: Pretty much all the "words" they use involve two to three letters, and they have an apparent distaste for vowels. But while teens generally use acronyms in an attempt to confuse curious parents (and also because they're lazy), pregnant women generally use acronyms because half the words they have to type are super long, super hard-to-spell medical terms (so, pregnant women are lazy, too).

At first, these seemingly random jumbles of letters might seem intimidating. How can you join the club if you can't communicate with its members? And guessing could lead to some serious misunderstandings. But don't worry: Thanks to our handy guide, you'll be fluent in pregnancy acronyms in no time!

More Like This
Pelvic Pain During Pregnancy: What Causes It & How To Deal With It
Gaelic Boy Names You Won't Hear Every Day
40 Lovely, Lively, Lavish Girls Names That Begin With “L”
37 Summer-Inspired Names For Your Totally Laid-Back Baby Boy