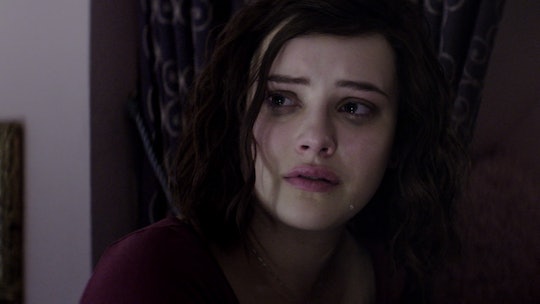 Although 13 Reasons Why was originally conceived as a limited series, Netflix ordered a second season soon after the popular series premiered, due out this year. But some experts are critical of the series, and one piece of research even claims that 13 Reasons Why is linked to increased suicide risk, according to The Observer, so it's important for parents to be cognizant of the facts, and yes, even the opinions about the show, so they can make sure that their kid's viewing experience is healthy and well-informed.

First, the basics: 13 Reasons Why is billed as a teenage mystery drama that focuses on the suicide of Hannah Baker (Katherine Langford), and a series of audio tapes she left behind blaming a series of events (and people) for leading her to that decision. In addition to a graphic depiction of the suicide itself, the series also features scenes of intense violence, including sexual violence, so it's not appropriate for younger viewers, and even parents of high school-aged kids might want to watch alongside their children to offer guidance during the show's teachable moments. Mental health experts have voiced concern over a number of issues regarding the shows portrayal of suicide, which some claim is inaccurate, or even dangerous. Netflix didn't immediately return Romper's request for comment.

Behavioral scientist John W. Ayers and associates used data from Google Trends to track search terms that included the word "suicide" during an 18-day period following the release of 13 Reasons Why, and found increases in the popularity of several phrases. While some of the results implied a positive effect from the show — searches for "suicide hotlines" increased by 12 percent, and "suicide prevention" was up 23 percent — there were also some troubling results. The group reported that searches for the phrases "how to kill yourself," "commit suicide," and "how to commit suicide" went up 9 percent, 18 percent, and 26 percent, respectively.

Ayers believes this is due to the connection between suicidal thoughts and suicide attempts, and he doesn't believe the show is doing enough to prevent suicidal ideation. "Psychiatrists have expressed grave concerns," he told Fatherly, "because the show ignores the World Health Organization's validated media guidelines for preventing suicide." The WHO guidelines are intended for journalists reporting on suicide, and the published material cautions that it's "beyond the scope of this resource to address" fictional portrayals of suicide, although the basic guidelines "may be useful" in such cases.

The basic premise is to avoid reporting on specific methods of suicide, or publishing photographs or video footage of the scene or the victim, which could unintentionally glamorize the individual or the act.

13 Reasons Why shows Hannah's suicide, and additionally, it presents some perspectives on suicide as a whole that could be misleading for young people. Suicide usually has multiple causes, including mental illness, The Washington Post reported, and should not be blamed on survivors. Hannah's death is specifically blamed on her classmates, and her mental health is not discussed. Her one attempt at reaching out for help had disastrous results, which might give impressionable viewers the impression that they shouldn't ask for help if they need it. And of course, when people die by suicide, they don't actually get to stick around and narrate the events leading up to their death, or exact revenge by toying with those who did them wrong via a Pretty Little Liars-style blackmail scheme.

The Suicide Awareness Voices of Education and the Jed Foundation collaborated on a list of talking points, now published on the official site for the series, and it's worth a read before watching the show, and as a reference while watching. It advises parents to make sure their kids know that suicide is not common, healthy, romantic, or heroic. There is always someone who is willing and able to listen and help, and reactions like the one Hannah received from her guidance counselor should not be considered normal. Above all, kids should know that if they keep asking for help, they will find it.