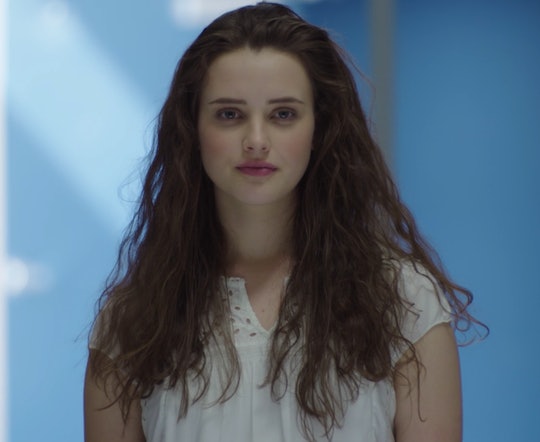 '13 Reasons Why' Season 2 Gets The Green Light

It's finally official! The breakout Netflix hit 13 Reasons Why is officially getting a Season 2. You won't even have to wait long to find out more about Clay Jennings, Hannah Baker, and the rest of the Liberty High School students: The show's second season will hit the streaming service sometime in 2018. Fans of the show have been asking for a follow up to the binge-worthy debut season, however, those involved have stayed pretty mum on whether or not the show would continue. Until now, that is.

Selena Gomez, the drama's executive producer, quietly dropped the news on her Instagram account late Sunday morning. She posted a short video that features many of the show's important locations, such as Monet's, The Crestmont, Liberty High School, and Baker's Drug Store. At the end of the video, the number 13 appears on the screen quickly before morphing into the number 2. Gomez accompanied the video with a caption that read, "Their story isn't over. Season 2 of #13ReasonsWhy is coming." Her video announcement garnered over 1,600,000 views in under an hour. It looks like fans of the show are pretty excited to see 13 Reasons Why come back for a sophomore season.

Fans of the show have been suspecting Netflix would announce a second season. Not only did the first season end on a number of cliffhangers, but there have also been some breadcrumbs online that seemed to point towards a second season. It was recently announced that Ross Butler, who plays Zach in 13 Reasons Why and Reggie on Riverdale, wouldn't be returning to Riverdale for it's sophomore season due to scheduling conflicts. “We love what Ross did with the role of Reggie", Riverdale series creator Roberto Aguirre-Sacasa told TVLine, "but because of his commitments to other projects, we couldn’t use him nearly as much as we would have liked." This lead many fans to speculate that those "other projects" really meant 13 Reasons Why season 2, which now appears to be the case.

Another big question fans had while speculating about a 13 Reasons Why follow-up is what role Hannah Baker would play if the show continued. Hannah's tragic suicide was the driving force of the action in the first season, so what would 13 Reasons Why be without her important story line? Brian Yorkey, the show's creator, told The Hollywood Reporter that "Hannah's story is still very much not finished. She's an integral part of whatever the next chapter of the story is, and she's still very much still at the center of it."

Yorkey also added that "one of the things that is a fundamental element of our show is the weaving of past and the present." This most likely means the show will continue to utilize flashbacks to tell its story and fans will see more of Hannah's life unfold before her death.

As for the rest of the characters, Netflix revealed the show will pick up "in the aftermath of Hannah Baker's death and the start of the characters' complicated journeys toward healing and recovery." It will be very intriguing to see where 13 Reasons Why goes next and how these young characters find their way past unimaginable tragedy. Everybody will just have to tune in to Netflix in 2018 for additional hour-long episodes with Clay, Hannah, Alex, and the rest of their peers.