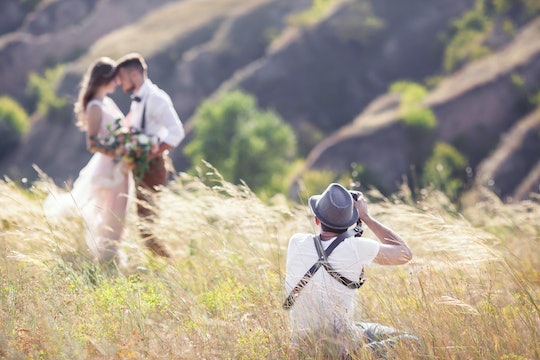 13 Red Flags Your Marriage Won’t Last, According To Wedding Photographers

Wedding photographers, of all the people that spend a lot of time interacting with couples leading up to and on their wedding day, can have a unique perspective on the relationship dynamic between the soon-to-be (or newly) married couple. They speak to them before the wedding to get to know a little bit more about the couple and what they're interested in, can spend time with them shooting engagement photos, and, of course, spend a ton of time with them on the day of the wedding, so they see a lot. These red flags your marriage won't last, according to wedding photographers, do not, of course, mean that your marriage is doomed to fail — you and your partner are likely the only ones who really knows the state of your relationship — they're just things that some wedding photographers have picked up on over the course of their careers.

"Wedding planning can be a very stressful time for any couple, regardless of how stable their relationship is," Keith Phillips, of Classic Photographers, tells Romper by email. "It should be taken into consideration that it’s not uncommon to combine this milestone with another, such as buying a house. Stress levels are higher than usual and very few get out of planning without a disagreement or two."

Not only that, but there are only so many conclusions that you can draw just by observing the way they interact a couple of times, so though some of these red flags might seem like dead giveaways, others are far more subtle and don't necessarily mean anything at all, at the end of the day.

"As much as red flags can be obvious from the outside looking in, I have definitely had couples who seemed rock solid, yet ended in divorce only a few short years later," Elle Baez, a wedding photographer and owner of Captured By Elle, tells Romper in an email exchange. "While I've also seen couples who literally walked down the aisle mad at each other from an earlier fight who are still married several years later. It is never my place to judge whether the marriage will last or not because at the end of the day you never really know the inner workings of a couple's relationship."

But, honestly, whether these red flags could potentially be a sign that your relationship ultimately won't work out or not, they're probably still worth thinking a little bit about.