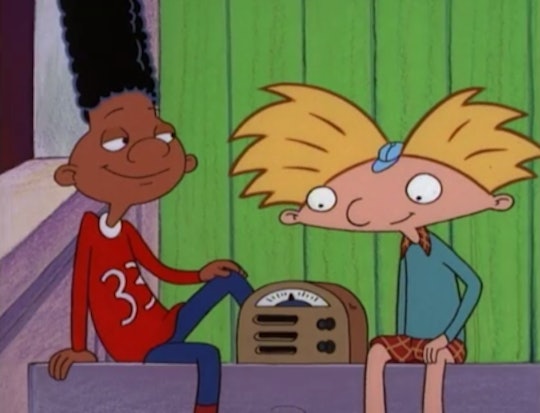 13 Shows Every '90s Kid Should Force Their Kids To Watch

Growing up in the '90s gave me moments that I'll forever be proud of. Whether that was learning how to master the dance moves to the seductively translated "Macarena" or perfecting my tootsie roll, the '90s kept me busy and happy. Although music will always be one of the most memorable things from the unforgettable era, the meaningful, humorous, and attention grabbing shows that premiered during that decade were just as important. So much so that those same shows are shows every '90s kid should force their kids to watch today.

I remember piling up in the living room with my older sister and younger brother to catch all of the nightly line-ups of our favorite shows. Back then, it seemed like there was a good show on television every single night and, because of that, begging my mom to stay up past my bedtime became a nightly routine. Whether it was a comedy, cartoon, or drama, '90s television had a way of digging right into your life and making you feel like everything that was going on was relevant to something you were experiencing. Although I personally think that there aren't many shows that give kids the same lessons or feelings that I was exposed to in the '90s, throwing on repeat episodes of the following visual pieces of nostalgia will fill in the might be missing blanks of the new millennium.