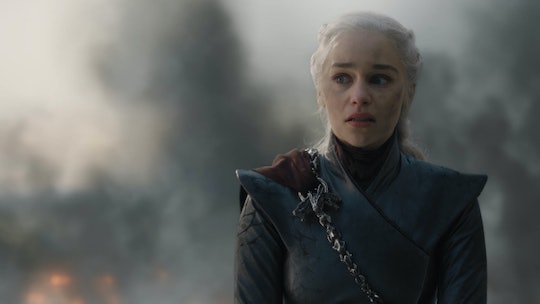 The Bells On 'Game Of Thrones' Are A Meme Goldmine

In the penultimate episode of Game of Thrones, Daenerys Targaryen's switch flipped; after several major losses, she decided to lay waste to King's Landing for no discernible reason. She was sad, maybe? Who knows. Fans criticized the speed with which she went from hero to villain, as well as the thing that set her off in the first place: bells. That's right, the sound of bells sent her spiraling. These 13 "The Bells" memes from Game of Thrones find humor in the absurdity of it all.

The episode took its title from that inciting incident. It's not clear why bells were the straw that broke the camel's back, because Daenerys never seemed to have a negative association with bells before that. And the bells were a good thing in context, too. They were a sign that the Lannister forces were surrendering, which meant Daenerys was the victor in battle. She could have taken the throne without hurting anyone! But instead she decided to destroy her brand new capital city and murder the majority of the populace, because... Her nephew didn't want to make out anymore? Everyone was already scared of her? Your guess is as good as mine.

It was a frustrating episode for long time fans, but these memes prove there was still a laugh or two to be had.