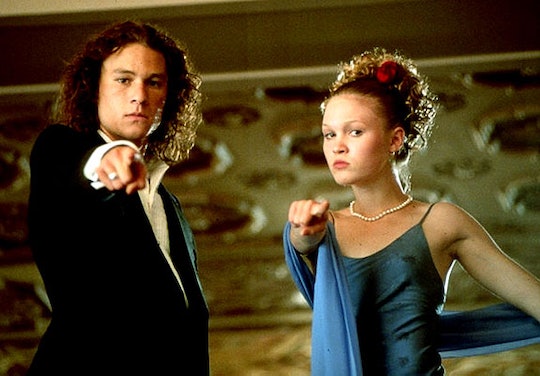 15 '90s Movies You Look At Differently As An Adult

The '90s was a great decade for cinema. It gave us classics like The Matrix and Clueless, along with hundreds of other films we've grown to cherish. We laughed, we cried, we saw them again. . . and again and again. But as we grow up, some of our reactions to these movies begin to change. Rewatching these classics, I realize that there are certain '90s movies you look at differently as an adult.

Maybe some of your thoughts about these movies change because you've matured and now have a more realistic world view. You look at things more critically, instead of just accepting them. You think about backstory, and practical elements that you never paid attention to as a kid.

In some cases, it just a matter of the movies becoming dated. Technology in the '90s was vastly different than technology today. (Even look at classic '90s television: so much of shows like Friends relies on answering machines, and being unable to reach someone when they're out.)

Maybe you have new thoughts about these movies because you've seen these films so many times, you have the brain space to think analytically about them. No need to follow the plot closely, or even to listen to the dialogue, really, since you can quote it in your sleep. You know the story so well, that you start to notice the plot holes and ridiculous moments that you missed before.

And, mostly, you have different gut reactions to these films because now, you're an adult. But that doesn't mean you don't still love them. Of course you love them — they're the movies of your childhood and teenage years. They will always hold a special place in your heart. But, you may start to question some of the fundamentals of those '90s classics. Just look at the difference between what you thought of these 15 movies in the '90s, and what you probably think about them now.