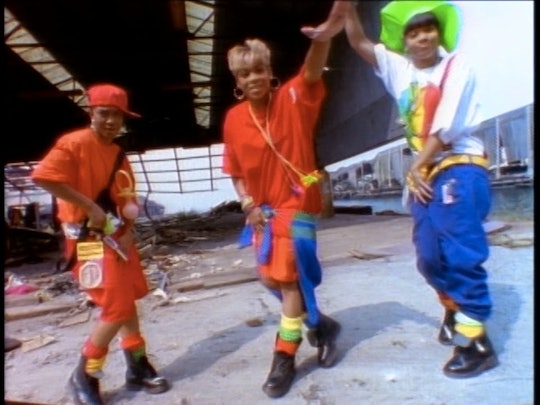 The 1990s brought the world some awesome things — Beanie Babies and boy band battles, to name a few And like every decade before and after, music played a major role in the pop culture influence of the 90s. I remember cranking by CD player and jamming out to my favorite 90s tunes, not realizing all the ’90s songs with dirty lyrics. But after some time and re-listening, it's hard to believe my parents didn't burn my CDs in a bonfire.

Maybe I was too busy reading Goosebumps or trying to get my entire wardrobe to smell like CK One, but my innocent self didn't even realize the words that were coming out of my mouth. I mean, I thought LL Cool J and TLC had some great beats, but I never stopped to think exactly what it was they were singing or rapping about. It's now clear to see that the ‘90s songs were dripping with sex, lust, and dirty little lyrics. Now that I'm an adult looking back on these songs, it makes me want to put together the ultimate naughty ‘90s playlist . . . so I did.

This list isn't like the ‘90s stations you can stream on your phone, which feature PG pop jams. These 15 songs from the ‘90s feature lyrics that are so dirty you just may need a shower when you’re done listening.