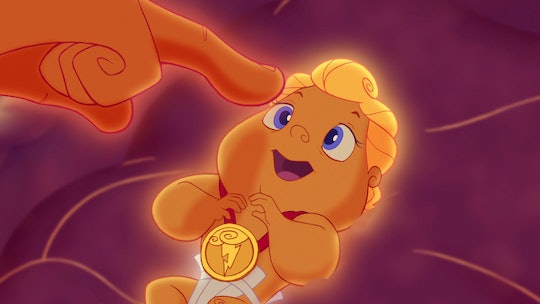 15 Baby Names From Mythology That Have A God-Like Quality

If you’re searching for a name for your newest addition that has a great meaning behind it but isn’t run of the mill, why not turn to the pages of mythology? These ancient stories are packed full of gods, goddesses, heroes, and heroines (some reputable, some not so much- but we will save those for a different list). They all have one thing in common- baby names from mythology are as unique as they are meaningful.

Ancient cultures took the names of their deities very seriously- choosing their names based on characteristics the god or goddess exemplified- things like courage, or power, or even natural themes like the sun or a forest. If the character had a noteworthy story, their name would reflect it.

Though the ancient Greeks have perhaps the most famous mythology, most cultures have their own lists of important figures. From Irish folklore to Scandinavian myth, each historical culture has gods and goddesses they honored and tried to emulate. Heroism, courage, love, and self-sacrifice are just a few of the themes repeated throughout the pages of mythology texts. Though it’s impossible to cover every culture’s extensive mythology, this list of 15 names from the pages of history are nothing short of extraordinary (in every sense of the word) and would provide a great starting point for the story of your little god or goddess-to-be.