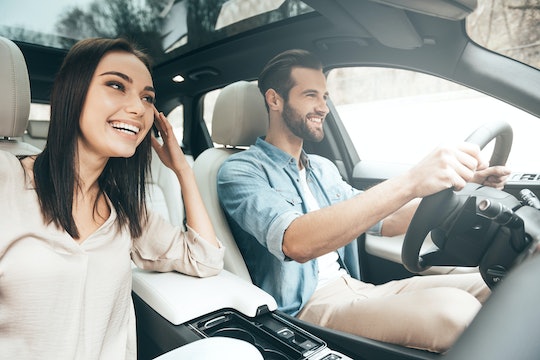 15 Audiobooks For Your Summer Road Trip That Are So Good, You Might Miss An Exit Or Two

I love being part of a book club. There's wine, there's girl talk, and occasionally we talk about the book too! But with the chaos of summer travel, I'm struggling to get past the first chapter in this month's book (Celeste Ng's Little Fires Everywhere). Thankfully there's a little something called audiobooks that are not only perfect for helping you actually finish a book in time, they also make long drives infinitely more enjoyable. There are some seriously addicting audiobooks to download for your roadtrip this summer, and be forewarned, you'll want to keep driving and driving!

I have several friends who would listen to audiobooks on their subway ride to work, and another friend of mine listens to audiobooks as she embarks on the nightly ritual of cleaning up her kids' toys. Audiobooks are the perfect way to transform something tedious into something you actually look forward to doing. I personally turn to audiobooks when I have a big old roadtrip ahead of me. With two young kids in the backseat, I can't do much listening while they're awake but once they take their inevitable car naps, on goes my audiobook and I get to enjoy some quality "me time."

Whether you like suspense or chick lit, there's an audiobook for you waiting to be downloaded! Here are 15 of the best ones to enjoy this summer.