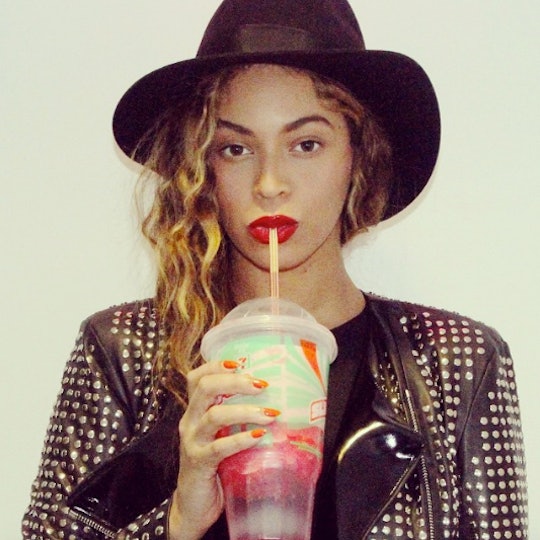 Just before Thanksgiving 2014, Beyoncé graced the world with a beautiful party of a music video to get you through the holiday with your family. Queen Bey dropped the video for "7/11", and the internet went wild. When the internet graces you with social media reactions, you take those Beyoncé "7/11"memes and tweets and you thank the internet for them. From dialing up your foot phone while your girls shake it behind you in the bathroom, to dancing on the balcony in your underwear, to the plethora of viral sweatshirts you simply had to have once the video debuted, Beyoncé did not disappoint with the release of this music video.

Though reactions on the internet were mixed, a year and a half later, it's clear that Beyoncé is not done dropping viral videos in your lap yet. In fact, if anything has been made more clear since the drop of the "7/11" music video, it's that she's upping her game. While her latest drop of Lemonade was a visual stunner that nobody could dream of recreating, "7/11" was a music video that made Beyoncé accessible to the public. The candid nature of the video was a breath of fresh air from the slew of highly detailed and edited music videos before it, and the playful and casual vibe made it go viral, inspiring a remake from Serena Williams, and a hilarious version from the boys of Superfruit. She remade the video in celebration of marriage equality in 2015, giving the video another wind. Just about anything Beyoncé does gets a slew of reactions on Twitter, because the BeyHive runs the internet, especially on 7/11.