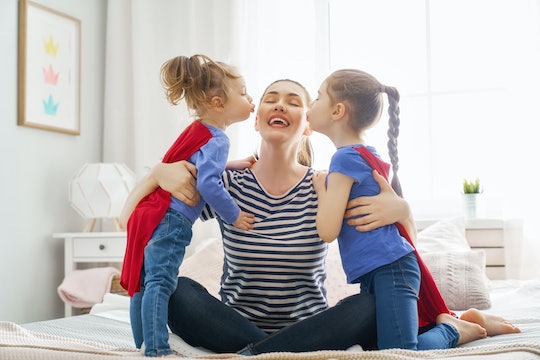 On Sunday, May 13, America will celebrate its mothers, grandmothers, and other mom-like figures. If you're tired of the usual platitudes that idealize mothers without granting them room for complexity or nuance, check out a refreshing list of feminist Mother's Day quotes. From the "mother of feminism" Gloria Steinem to feminist folk singer Ani DiFranco, new mom and tennis star Serena Williams, and other figures, these 15 quotes offer a collection of perspectives on motherhood and feminism in all of its intersectional glory.

Feminism Is For Everybody and We Should All Be Feminists are two book titles that could also be rallying cries for today's intersectional feminism, which hopes to achieve gender equality along with greater inclusivity in both the feminist movement and society at large. The concept of intersectionality is defined as "the interconnected nature of social categorizations such as race, class, and gender as they apply to a given individual or group, regarded as creating overlapping and interdependent systems of discrimination or disadvantage.” Which means I've included feminist quotes about motherhood from women of different races, religions, and walks of life. I've also included a gay father's take on Mother's Day and a quote from a gender fluid parent. I hope you'll feel inspired, celebrated, and represented, whatever your identity may be and however you choose to spend the holiday.