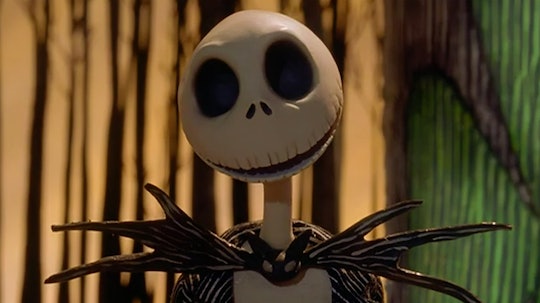 15 Halloween Movies You Can Literally Stream Right This Second

Halloween may just be one day out of the month, but preparation for that creepiest of holidays can start long before the trick-or-treating commences — and there's no better way to get in the mood than a scary movie. It's the time of year to indulge in the unsettling, and these 15 Halloween movies that you can stream now provide plenty of options. If you're after classic horror, gore, humor, or all of the above, then Hulu, Netflix, and Amazon Prime have got you covered. Even if you just subscribe to one of the services, you'll be absolutely drowning in Halloween movies.

Whether you're looking for costume inspiration or just ready to embrace the ominous, you'll almost definitely be able to find the perfect project to suit your taste. Navigating the sea of horror movies can be daunting when you're looking for something to watch (So much scrolling! So many titles!), particularly because there seems to be no end to the sequels and prequels available. Not every horror movie is made equal, and plucking out the gems can be an endeavor unto itself. Luckily old favorites can be found on all of the streaming services — and maybe even some new favorites, too.

OK, this is by far the most family-friendly film on the list, but there's nothing wrong with easing you into the Halloween spirit. Hotel Transylvania 2 (currently available on Netflix) picks up where the first film in the franchise left off — Dracula has opened his hotel doors to humans and things are going hauntingly well. Until they don't, of course.

2. The Nightmare Before Christmas

Thanks to Netflix, you can now indulge in the age-old debate with friends and family on whether The Nightmare Before Christmas is actually a holiday or Halloween movie in September.

Not every Halloween movie has to terrify you down to your bones. If you want something light and funny, head over to Netflix to check out a monstrous comedy classic.

However, if you do want something a good deal creepier — and you're a fan of true crime — then tuning in for All Good Things on Hulu might be for you. The film was inspired by Robert Durst of The Jinx, so it might be interesting to compare fact to fiction.

A modern horror film that feels like a much older one, The Witch is perfect for lovers of period pieces and slow burning eeriness that gets more distressing as it goes on. It's available on Amazon Prime.

If you're after something witchy, what better than the iconic 90s film The Craft? Pop on over to Netflix to check it out, then spend the rest of the night playing Light As A Feather, Stiff As A Board.

Also available on Netflix, It Follows is a modern horror flick that got a lot of positive press when it was first released. If you missed it then, now's the time to check it out.

If you don't want something new, then you can't go wrong with a horror classic. If something bloodier is your Halloween vibe, then Amazon Prime has just the film for you: the original The Texas Chainsaw Massacre.

The recent Nicole Kidmanaissance may have you craving to go through her old filmography, and Hulu can help you kill two birds with one stone: settle in for a Halloween-ready ghost story and enjoy one of Kidman's best roles.

Hush was a typical home invasion horror film with a few creative tweaks (its protagonist is a deaf mute, which amps up the tension of having a stranger in her home) that reportedly avoids the exploitative tropes that proliferate the genre. It can be found on Netflix.

Halloween shouldn't only be scary, it should be fun, too. In case you're getting weighed down with all the intense horror, try out Shaun of the Dead on Hulu for humorous zombie fare.

The recent release of It may have put you in the mood for more Stephen King adaptations, and Amazon Prime is here to help you with that: it has the quintessential high school horror film Carrie. Settle in for all the buckets of blood and fiery telepathy a person can ask for.

It's been a big year for The Babadook after a mistake on Netflix turned the movie monster into a gay icon, but before its entry into the meme hall of fame, it was an acclaimed horror movie. If you too would like be #Babashook, then give it a try on either Netflix or Hulu.

Though perhaps not the best horror flick ever made, Harry Potter fans might enjoy seeing Daniel Radcliffe as a young Victorian lawyer beset upon by ghosts in the most obviously haunted house in all of England. It's on Amazon Prime.

Odds are even if you haven't seen The Shining, pop culture has made you familiar with all its most memorable moments, from the ax through the door to the terrifying twins. If you've never seen it, now might be the time; if you have, then why not sign into Netflix and refresh your memory?

These are just the tip of the iceberg, too: Netflix, Amazon Prime, and Hulu all have a veritable treasure trove of horror available to make sure you'll definitely have something to watch this Halloween.