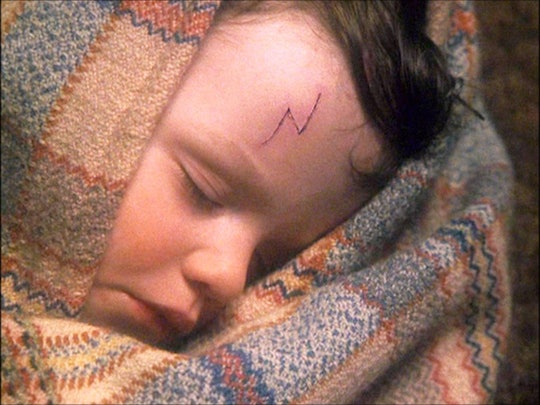 It's been more than 20 years since J.K. Rowling introduced us to the wizarding world of Harry Potter (not to be confused with the amusement park of the same name, which only opened in 2010. But I digress.) Thanks to Rowling's creative genius, adults and children alike were gifted with a magical universe that has impacted life as we know. I mean, just think about all the parents who probably named their children after Harry Potter characters. And with the arrival of the unofficial eighth book, there are plenty of parents looking for Harry Potter and The Cursed Child baby names to give to their muggle bundle of joy.

Naming your child after a book character, especially one that comes from such a wide-known and beloved series, is a great way to narrow down your options. Because, trust me, you're going to come across a lot of names that sounds "so perfect." But by using a book as inspiration, you have the added perks of giving another story to your child's name and giving your child a book (or, in the case of Harry Potter, eight books) to put on their must-read list. And although you could easily resort to one of the many characters in the original Harry Potter series, choosing a baby name from Harry Potter and The Cursed Child shows that you like to keep things fresh. So if you're a true Potterhead and need a little naming inspiration, look no further than these 15 baby names inspired by the latest Harry Potter book.