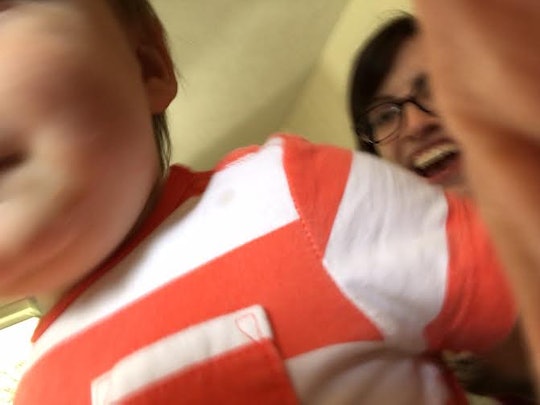 What a time to be alive! We share a planet with streaming television, the Hemsworth brothers, gummy vitamins that taste like candy, and camera phones. Thanks to my own device, I'm pretty sure that I've taken more photos of my son in his first eighteen months than my parents took during my entire childhood (and that should say more about my irrationality than theirs). I've filled up multiple cloud spaces, had to increase my storage plan, and purchased a new hard drive just to back up everything. I know, it's ridiculous. I'm not here for your judgment.

Though I struggle with how often my little sees me reaching for my phone, I love being able to capture even the smallest of moments. His baby book is shamefully sparse (which is kinda weird if you think about it, since I am a writer), but the visual catalog of memories and milestones we have is bursting. And hey, all the pictures are saved by date, so we can always go back in and fill out his book later. (I'm sure there will be tons of free time for that someday, right?)

I know I'm not the only parent who uses a phone as the go-to device to document my kiddo's early years. In fact, my hunch is that I'm in the majority, and that those of us who share this tendency have probably captured several similar moments. Here's a list of some of them that we've all kept:

More Like This
25 Mother And Daughter Halloween Costume Ideas That Are Cute And Spooky
43 Awesome Toys For 18-Month-Olds
Tips For Apple Picking With Kids
I Finally Tried Toy Rotation — & OMG, It Actually Works