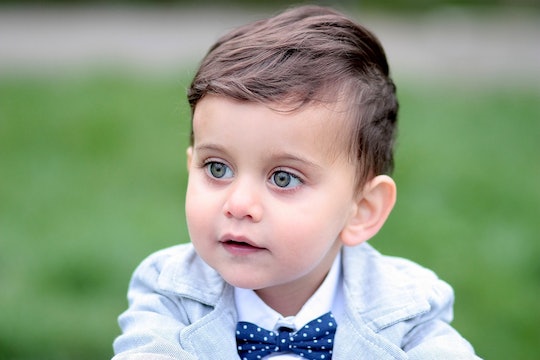 When your child turns two, they might still feel like your baby — they may not be the greatest walkers, still depending on you for a lot. But as the year goes on, that little baby will grow into a full-blown toddler, independence and all. Even though the first year brings so many changes, the second year doesn't slow down at all. The milestones your child reaches at two years are almost too many to count. And as exciting as it all is, it just as crazy to watch your once-baby growing into their own person with their own laundry list of preferences and abilities.

It's often called the "terrible twos," but as the mom of a recently turned 3 year old, I can say that the second year is one of the sweetest as well. Despite the trying moments, the temper tantrums, and the whole not being able to understand a word they're saying thing, two year olds are learning to be their own person, and it's an amazing thing to watch.

Obviously, each child develops at their own pace, so don't be overly worried if they're not perfectly on track for each milestone. However, if you're concerned that your two year old isn't meeting a milestone on time, schedule an appointment with your pediatrician just in case.