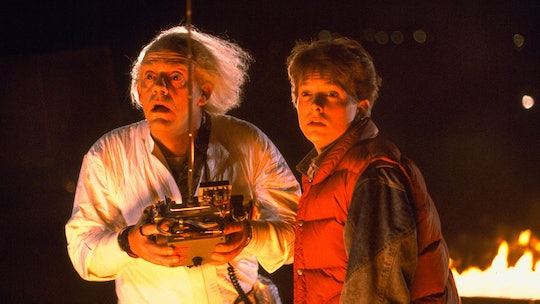 15 Popular '80s Baby Names That Should Make A Comeback

From film and television to fashion and pop culture, it's never been so "in" to go retro. Just look at the reboot of the sci-fi comedy classic, Ghostbusters, and the Netflix original, Stranger Things, which is chock full of throwbacks. Everything is coming up '80s. Though the '90s still reign supreme —according to Portlandia, at least— the aesthetics and trends of the 1980s are having their own moment, too. The music world mourned the loss of legends like David Bowie and Prince, icons in their own right. So there are plenty of popular '80s baby names that should make a comeback.

Whether you were born in the 1980s or not, anyone can appreciate the totally tubular, rad styles and slang that came out of a decade all about living life to the fullest. Often referred to as the decade of excess, thanks in part to movies like Wall Street which glorified greed, going big wasn't really seen as a bad thing.

So if you want to make a splash with your mini munchkin's moniker and give them a unique story to tell people about their name, then perhaps you'd like to consider some of these popular baby names from the 1980s which are awesomely fresh to the max.