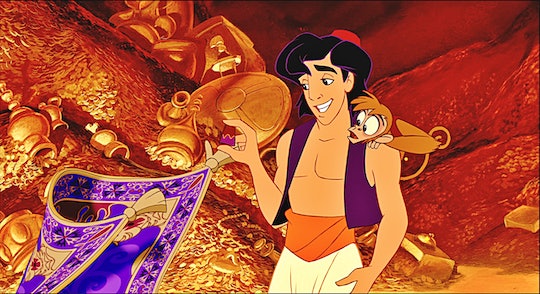 Growing up with Disney classics, you might think yourself a knowledgeable expert on the films. After all of those movie nights with your siblings and online quizzes asking which screenshot is from which movie, there's a good chance you've got a lot of useless Disney knowledge floating around in that brain of yours. But the truth is there are still shocking facts about your favorite Disney movies that will change the way you watch them forever.

Between Easter Eggs hidden throughout the films, the true meaning behind the characters' names, and some shocking results due to the popularity of a few films, Disney flicks are full of little secrets. Sure, you've all heard about the naughty priest in The Little Mermaid, and the clouds in The Lion King that allegedly spell out S-E-X (myth, by the way — the clouds spell out SFX, an insider's shoutout to the special effects team on the film), but do you know which Disney movies cost more to make than Avatar? Or why Disney stopped making animated princess films for more than 30 years? Or which flick sent kids to the hospital? If you're searching for a few shockers to add to your Disney repertoire, search no further. Read on for a handful of facts that'll change the way you view your favorite Disney flicks for life.