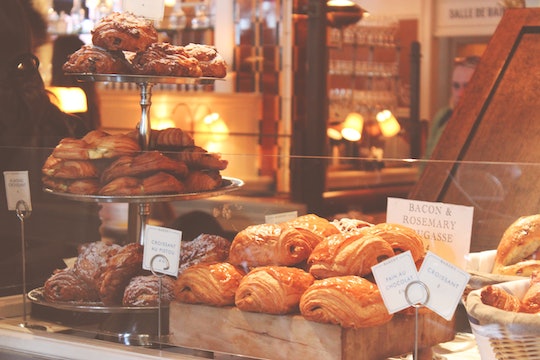 15 Signs You Should Actually Avoid Gluten

For many people, going gluten-free is something of a lark. Avoiding bread products feels like a positive step toward healthy eating, at least until the craving for bagels became too hard to bear. But for other people, consuming gluten could lead to serious health problems. In fact, the signs you should actually avoid gluten are important for everyone to know. Like many medical maladies, there's a ton of misinformation about gluten intolerance circulating around.

First, what is gluten? According to the Celiac Disease Foundation (CDF), gluten refers to the proteins in wheat, rye, and barley that help "glue" foods together and maintain their shape. As further noted by the CDF, breads and baked goods often contain gluten. But more unexpected sources, such as salad dressings or even food coloring, may also use gluten.

Next, the potential health issues attributed to gluten may be somewhat surprising. For instance, people who should avoid gluten may not necessarily be dealing with celiac disease (although that is often a component of gluten intolerance). According to The University of Chicago Medicine Celiac Disease Center, persons who have sensitivities to gluten (AKA wheat intolerance syndrome), may have non-celiac gluten sensitivity or even a wheat allergy. So to put it broadly, people who have an autoimmune disorder (celiac disease), stress response (gluten intolerance), or even food allergies (wheat allergy) may all have difficulty digesting gluten.

So is gluten a bad thing for everybody? Not necessarily. According to a 2015 study in Digestion, approximately 86 percent of 392 patients who believed they experienced a form of gluten sensitivity actually showed no issues with gluten products at all. Self-diagnosis can be tricky like that, and gluten sensitivity is relatively rare. In fact, according to the American College of Allergy, Asthma, & Immunology, only around 1 percent of the U.S. population has celiac disease. What's more, only about 0.4 percent of people have a case of wheat allergy that's diagnosed by a physician, according to the Celiac Disease Foundation. And non-celiac gluten sensitivities are still being studied. Basically, you are statistically unlikely to have a sensitivity to gluten. That said, if any of these signs ring true, then you may want to check in with your physician for a proper diagnosis.