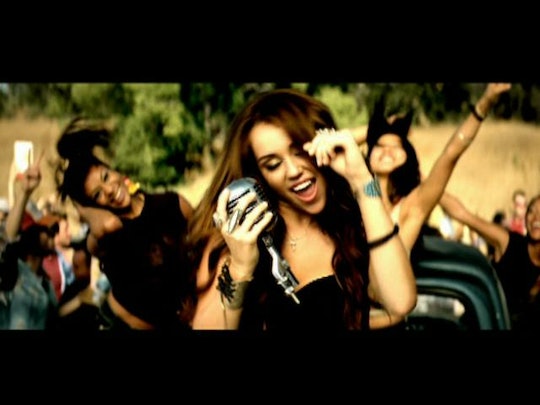 Despite technically being '90s kids, for many kids from the greatest decade, the teen years happened in the 2000s. They grew up in a world where Beyoncé was still part of Destiny's Child and Miley Cyrus was also known as Hannah Montanna. Now that the decade is long gone, we can remember with fondness (or less-than-fondness) the years that gave us the perfect songs from the 2000s to annoy our kids with in the car. Because honestly, what else can be done with the one hit wonders and cheesy rap songs of our generation?

Although the majority of the music from this decade is better suited for adults— I'm not planning on introducing my daughters to Brittany Spears anytime soon— it can be fun to show them the hits of "our tim"", however cheesy and borderline inappropriate they may be.

What fun is parenting if you can't introduce your kids to the pop culture that will give them the same teen angst that we had? No fun at all.

So next time you're in need of a playlist for a long drive with the kids, pull from your own teen years with these '00s hits. Your kids will thank you (and/or hate you) for it later.