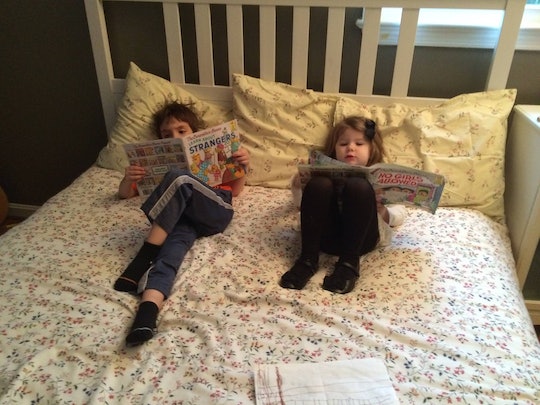 I talk about gender with my kids a lot; probably more than the average mom. One of my children is really interested in gender and why so many things seem to be divided so neatly into "boy things" and "girl things." I don't plan on limiting any of my children's experiences by only allowing them to try out roles that correspond with their sex or their gender. As a natural extension of this, I've sought out books to read with them that don't necessarily fit in either category. In fact, I've found books that challenge gender stereotypes and what it means when we let go of labels.

Each year, more children's books being are published about gender. I've read a lot of books in the last year that have main characters who fall outside of the gender binary. But it's also important to find characters that don't fit "neatly" in their gender's stereotypes. (I swear I wasn't looking for more than one book about boys who like to knit, but there are two of them that are absolute gems.) You want books about sensitive boys and wild girls, and everything in between. And, luckily, the following books break these gender stereotypes in more than one way.