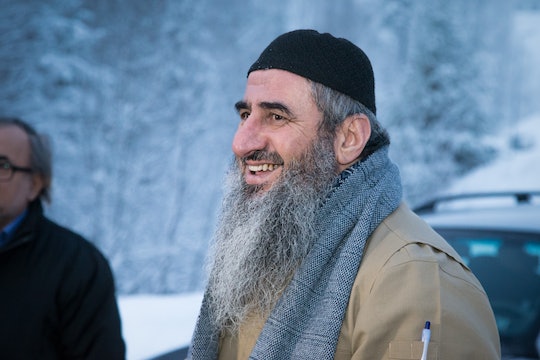 Italian officials confirmed the arrest of 16 ISIS-linked suspects in raids across six European countries this week, according to NBC News. The suspects are believed to be part of a terrorist plot to kidnap British diplomats as leverage for demanding the release of an ISIS leader held in a Norwegian jail. At a press conference in Rome, Italian anti-terrorism chief Giuseppe Governale called the mission “the most important international police operation in Europe in 20 years.”

The group is suspected of planning an attack on diplomats in the Norwegian and British governments in order to free Norway-based fundamentalist leader Najmuddin Ahmad Faraj. Faraj, who also goes by Mullah Krekar, is a Kurdish spiritual leader living in Norway under a long-residence permit. According to The Guardian, Faraj is accused of organizing the terrorist group using the dark web and planning the attack from Norway, where he has been granted political asylum. The network is also suspected of recruiting at least five more people in Europe to join ISIS groups in Iraq and Syria, NBC News reported. The suspects, including one person from Kosovo and 16 Kurds, were captured in arrests involving police forces in Italy, Britain, Norway, Germany, Switzerland, and Finland.

Faraj is founder of Ansar Al-Islam, a radical Islamic group on both the U.S. and U.K. terror watch lists. According to the State Department website, the group is blamed for attacks on U.S. and Iraqi government forces, as well as for kidnapping and assassinating Iraqi government officials. The group is considered to be one of the largest Sunni terrorist groups in Iraq.

In October, Faraj was sentenced to five years in prison for his role in the murder of cartoonists at French satirical newspaper Charlie Hebdo and for threatening the lives of others he believed had insulted the Koran.

At his sentencing last month, Faraj claimed to have stepped down as leader of AAI in 2002 and denied any links to Al-Qaeda. Italian authorities said that this week’s arrests prove his continued involvement and high-level coordination of the group’s activities from behind bars.

Faraj’s lawyer told reporters that “suspicions against [Faraj]have largely been based on false accusations.”

Norwegian justice officials confirmed plans to facilitate Faraj’s extradition to Italy to face charges for organizing and operating the terrorist cell, as well as the attempted terrorist attacks. Speaking to reporters from a European summit on the migrant crisis, Norwegian Prime Minister Erna Solberg said “If this means that Krekar leaves Norway, that's fine.”